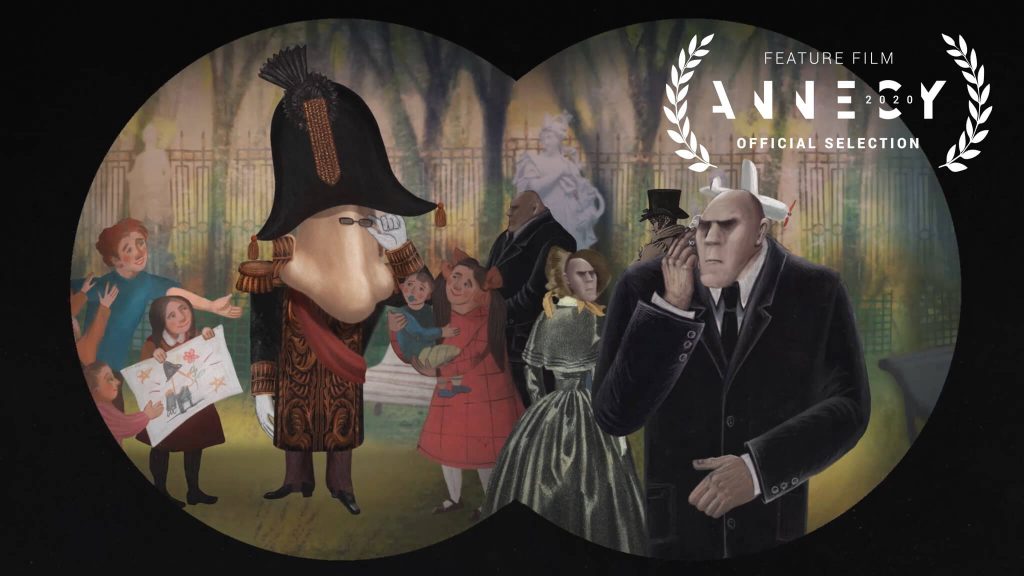 “The Nose or A Conspiracy of the Mavericks” directed by Andrey Khrzhanovsky and “Urban Goat” directed by Svetlana Razgulyaeva were selected in official competition of the Annecy Animation Festival 2020.
Andrey Khrzhanovsky’s new animation film will take part in the competition for the Best Feature Film. 10 films from Japan, France, Belgium, Chilie and other countries will compete in the same category.
“Urban Goat” will take part in the competition for the Best Short animated film.
In that way for the second straight year two films of the School-Studio SHAR at once selected in official program of such a prestigious festival as Annecy! Last year it was “Lola the living potato” by Leonid Shmelkov and “Hello, dears” by Alexandr Vasiliev.
Annecy Animation Film Festival is considered to be one of the largest and most prestigious animation festivals in the world. This year the festival will be hold online from 15 to 20 of June 2020. More than 3000 submissions from 94 countries were send to the Annecy this year.