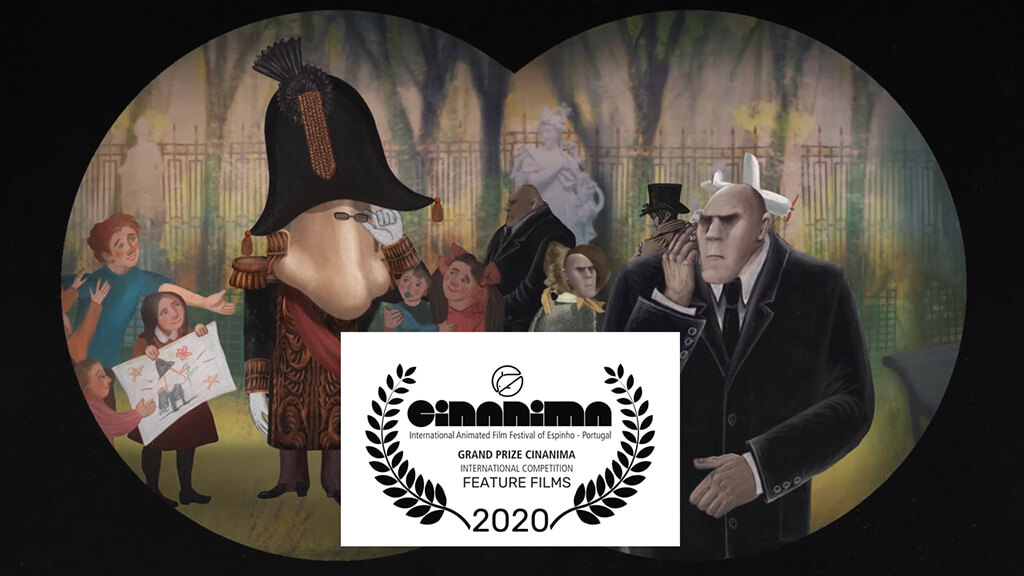 А film “The Nose or the Conspiracy of Mavericks” by Andrey Khrzhanovsky has won the prize for the Best Feature film on the prestigious portugues animation film festival Cinanima 2020! During last 44 years the International festival CINANIMA helds in the portugal city Espinho. This year it was held from 9th till 15th of November online and offline.
Besides “The Nose or the Conspiracy of Mavericks” for the Best Feature film were nominated 3 films from Germany, Canada and Luxembourg. All in all more than 70 moovies from Europe, South and North America, Asia and Australia took part in International animation film festival Cinanima 2020!