The film “Hello, my dears!” has won a diploma on the altai’s fistival 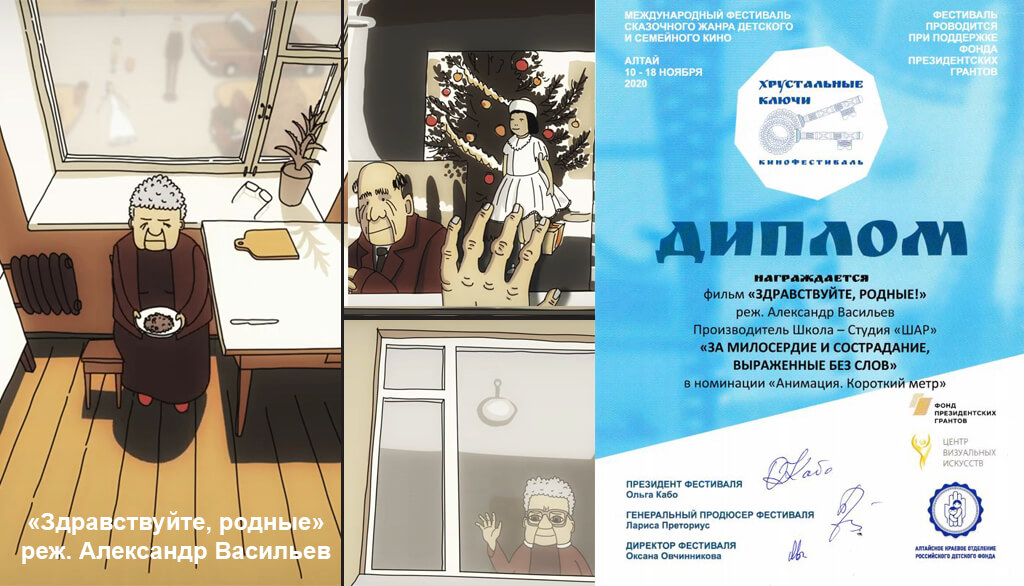 The film “Hello, my dears!” has won a diploma on the I International kids and family film festival of fairytale genre “Chrystal keys”. The festival was held from 8 to 10 November on Altai.
A touchable family animation film directed by Alexandre Vasiliev was nominated in section “Animation short film”. It got diploma “for mercy and compassion expressed without words”. All in all 31 films in this section were nominated including one more film of school-studio “SHAR” – “Butterflies” directed by Elizaveta Khlomova.
The “Chrystal keys” festival was held for the first time in 2020. It is continuation of the famous film festival “Fairytale” which has been successfully held in Moscow during 17 years. The president of the festival is Honoured Artist Olga Kabo.